In a field near the Lithuanian village of Jauniunai, the yellow pipeline appears behind a fence for a few meters before plunging back underground. Otherwise, there is little to see of the 500 kilometer (311 mile) gas pipeline, which starts here and was recently completed to link Lithuania and Poland.

More important than the few yellow pipes under a blue sky are the three compressor units on a factory site. They provide the pressure needed to force natural gas through the pipe over the Polish border.

The “Gas Interconnector Poland-Lithuania” (GIPL) is part of a larger plan to further integrate Lithuania and two other Baltic states, Latvia and Estonia, into EU energy markets European.

The Baltics were once considered an “energy island” within the EU, said Romas Svedas, a former EU diplomat and Lithuanian deputy energy minister, now an independent consultant with a teaching job at the Vilnius University.

“The importance is to connect the three Baltic states to the energy system and pipeline network of mainland Europe,” he told DW.

Not a moment too soon

The completed pipeline could not have come at a better time, especially for Poland.

What is the mission of the GIPL pipeline? Instead of transporting fuel from the extraction site to the consumer, as the entire Russian pipeline network does, it wants to enable energy trading and the exchange of resources between buyers. The market decides which direction the gas is currently heading.

Gas has been flowing through the GIPL pipeline to Poland since it was commissioned in early May, after Russia cut off gas supplies to Poland and Bulgaria overnight in late April.

“The pipeline connects the Baltic to the rest of Europe,” Lithuanian Confederation of Renewable Resources President Martynas Nagevicius told DW. “This means that it also connects Europe’s problems with the Baltic countries.”

While prices in Western Europe are rising at a record pace as the region moves away from Russian gas, he also predicts further price increases in the Baltics.

When construction began in 2015, it’s unlikely anyone thought the pipe would be so urgent upon completion. Now, at a ceremony to mark the launch, Polish President Andrzej Duda has thanked everyone who contributed to a punctual completion “at a time when we really need the gas supply”. Lithuanian President Gitanas Nauseda spoke of “energy blackmail from the East”.

“Russia’s war against Ukraine has confirmed our long experience: Russia was and is not a reliable partner,” he said. 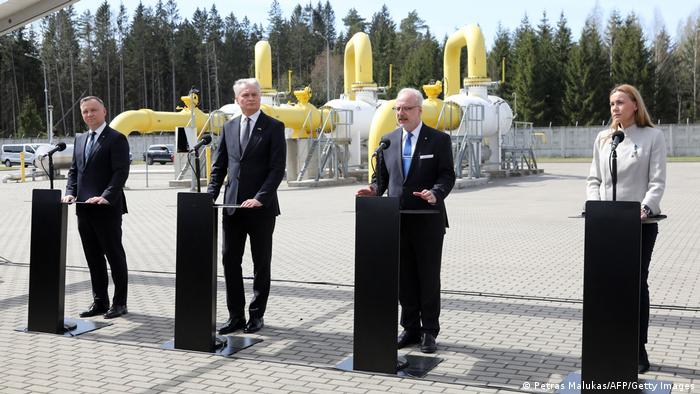 The Baltic way to energy independence

The Baltic States, on the other hand, solemnly announced on April 1 that they had already made themselves completely independent of Russian gas supplies. Today they mainly burn gas from the United States and Norway. It is delivered via a liquefied natural gas terminal in Klaipeda, Lithuania, with the capacity to cover almost all demand from the Baltic States. In addition, there are large underground gas storage facilities in Latvia, a gas pipeline connection to Finland in the north and now the new pipe in the south to Poland.

According to the operating company, Lithuania’s only oil refinery has also not touched Russian supplies since April. Lithuania has been pushing for an oil embargo for some time, which the EU is now seriously considering.

In the Baltic countries, the question of energy is inseparable from security policy: “We have a difficult history and difficult relations with our eastern neighbours”, explains Nagevicius. “Maybe we Lithuanians have always been a bit wary of Russia and Belarus. That’s probably one of the reasons why Lithuania invested in energy security projects. “

When Lithuania became the first constituent republic to break away from the Soviet Union in 1990 and unilaterally declared independence, Moscow cut off oil supplies. Gasoline was rationed and production had to be stopped in some factories. The embargo ended after three months when Lithuania agreed to political negotiations over its own future. Lithuania has always been skeptical of Western European energy projects with Russia, especially the two Nord Stream pipelines to Germany.

The decision by the Baltic States to freeze gas imports following the Russian attack on Ukraine was therefore not an impulsive decision, but rather the result of years of preparation. In 2014, Lithuania became the first Baltic country to break the vertical monopoly of Russian gas giant Gazprom, which traditionally charged higher prices in the Baltics than, for example, in Germany. Energy consultant Romas Svedas recalls how he presented the associated legislative package to parliament at the time.

“It was a very painful process to get the votes for this, when Lithuania, as a member of the EU and NATO, must have feared difficulties.” Lithuania’s example was followed by Estonia in 2015 and Latvia in 2017.

Reducing consumption also played an important role in phasing out Russian gas. In Lithuania, one in two households is connected to the district heating network. For a long time, the central burners were heated almost exclusively with Russian gas. In 2020, however, this was only 17%, compared to 80% for biomass, according to the Lithuanian District Heating Association. 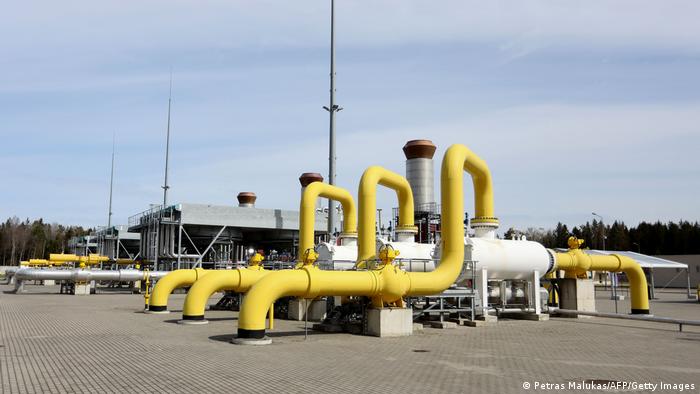 Lithuania has spent years weaning itself off Russian gas, after Moscow cut off supplies when the country declared independence

From Nagevicius’ perspective, electricity is now the greatest weakness. Upon joining the EU in 2004, Lithuania took its Ignalina nuclear power plant off the grid within five years. The reactor was similar to that of Chernobyl. But the shutdown plunged Lithuania into heavy dependence on electricity imports. To date, two-thirds of its needs are met from abroad. The government is currently pursuing the expansion of wind and solar energy. The plan is to increase them from around 25% of Lithuania’s electricity mix today to 93% by 2035.

More than 30 years after regaining their independence, the three Baltic states are also still connected to Russia’s electricity grid, not that of Western Europe. “The system is not secure, because we depend on the system services they perform for us,” Nagevicius said. “The frequency depends on Russia.”

Preparations to connect the Baltic States to the European grid have been underway for years and some interconnections have already been laid. Lithuania is now pushing Brussels to revise the timetable and complete the changeover before 2025.

When opening the pipeline, President Nauseda suggested the first quarter of 2024. “If the political will is there, projects can be completed ‘faster than expected.’

This article was first published in German.

The ShowRoom, Urzila Carlson and Reconciliation Day Eve 2022: 30+ things to do this week in Canberra

In its biggest victory yet, Russia claims to capture Mariupol