Last week was good for the future of our transport, on several fronts.

First, of course, Congress finally passed the massive infrastructure bill. This one-time, trillion-dollar package will bring about a massive rebuilding of our crumbling bridges and highways as well as the expansion of the nation’s power grid and internet infrastructure. It will also invest in how we need to prepare for the impact of global warming.

The bill will also mean thousands of construction jobs over the next decade, what the White House called a “blue-collar blueprint” for decades of repairing and improving the country’s infrastructure. .

For rail travelers, $66 billion will be invested in expansion and upgrades, the largest federal investment since Amtrak’s inception in the early 1970s. Nearly half of that amount will be pumped into the corridor northeast of DC to Boston, which already sees some 2,200 trains each day. 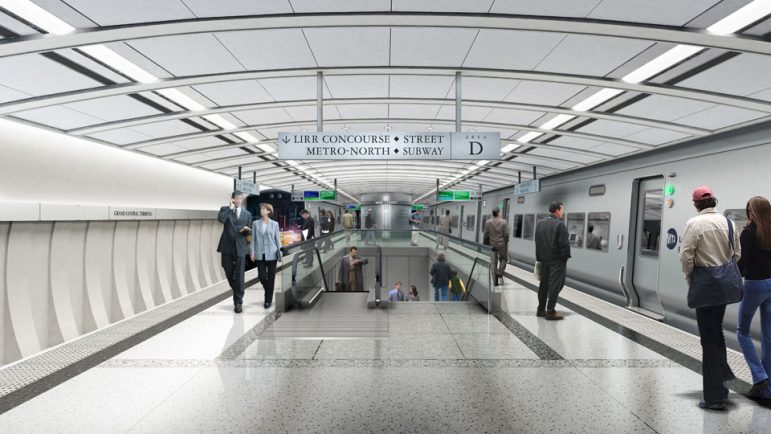 Perhaps not as inspiring as the main hall of Grand Central. Again, we already have one.

All of which we will enjoy for years to come. But in our more immediate future lies the project that has been unfolding under our feet in Grand Central since 2006: a new train station.

Yes, the MTA’s much-delayed and woefully over-budget Eastern Access Project to bring the Long Island Rail Road into GCT is nearing completion and is expected to open by the end of the year. next. Although this $11 billion underground juggernaut will not accommodate any trains from Connecticut, it will have a profound effect on our rail service.

Grand Central’s new lower, lower, lower level station is being built hundreds of feet below Vanderbilt Avenue, just west of GCT itself. It was literally carved out of solid rock and connects to a tunnel built under the Park Avenue line served by Metro-North, another tunnel under the East River and terminates in Queens.

The station will be 350,000 square feet and serve 24 LIRR trains per hour on eight tracks. To access the station, you will take several escalators from the lower level of GCT, deep in the bedrock, served by dozens of shops. The MTA says the new station will save LIRR commuters 40 minutes of travel time from Queens if heading to the east side of Manhattan.

What’s in it for Connecticut commuters? Actually a quicker ride to the West Side.

By moving some LIRR trains out of Penn Station and sending them to GCT, some Metro-North trains will be able to travel from Connecticut directly to Penn Station through the Bronx, Hells Gate Bridge and East River Tunnels, a route now exclusively used by Amtrak. 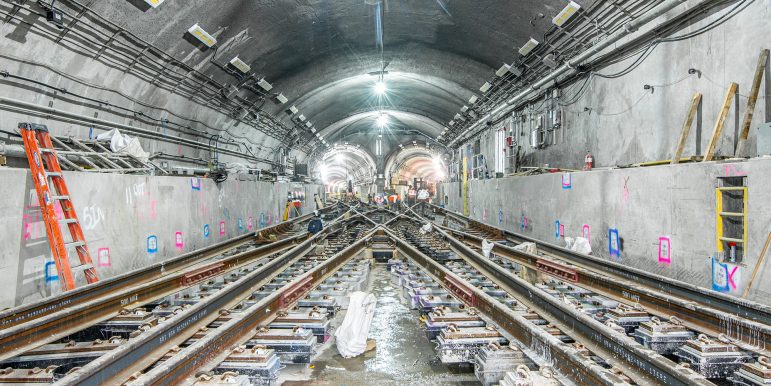 Caverns and track for the East Side Access project.

This new route will actually be a faster route to midtown Manhattan than the current Grand Central route. It will also mean Penn Station connections to Amtrak north and west and NJ Transit deep into the Garden State.

As Manhattan’s West Side expands with more offices, many of which are being built on LIRR yards, Connecticut commuters will see this new Penn Station service as an attraction.

More rail spending nationwide and a new station at GCT and service to the West Side – as I said, it’s been a good week for transportation. 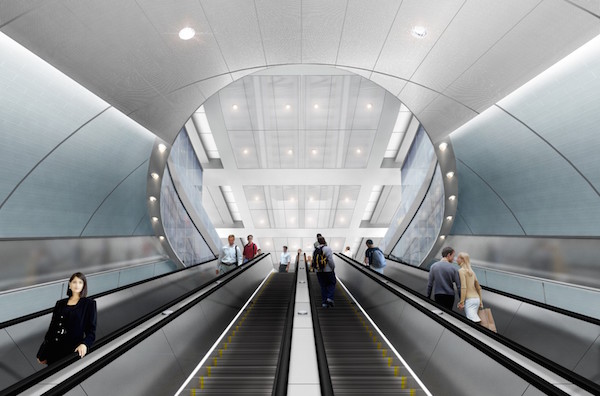 Take the escalator down from Grand Central Terminal