A father-of-two has spent £20,000 creating a secret bunker in his garden.

Jody Wainright, 41, from Wakefield, West Yorkshire, says his family love the stylish underground bar as much as he does – although his wife isn’t a huge fan of the time he spends there watching the soccer.

Jody and his family were finishing construction on their home when he decided to build an underground bar using leftover materials.

Jody says he chose an underground bar to save space in the garden and because it was something he had never seen before.

He added: “I thought a bunker bar would be something different from the typical bars that people usually build in their gardens. 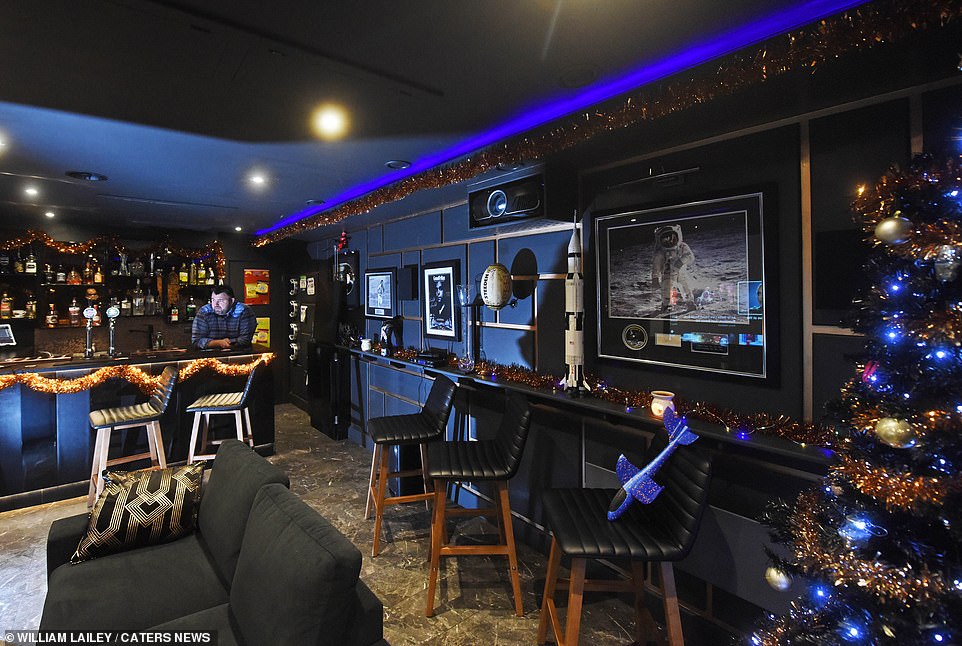 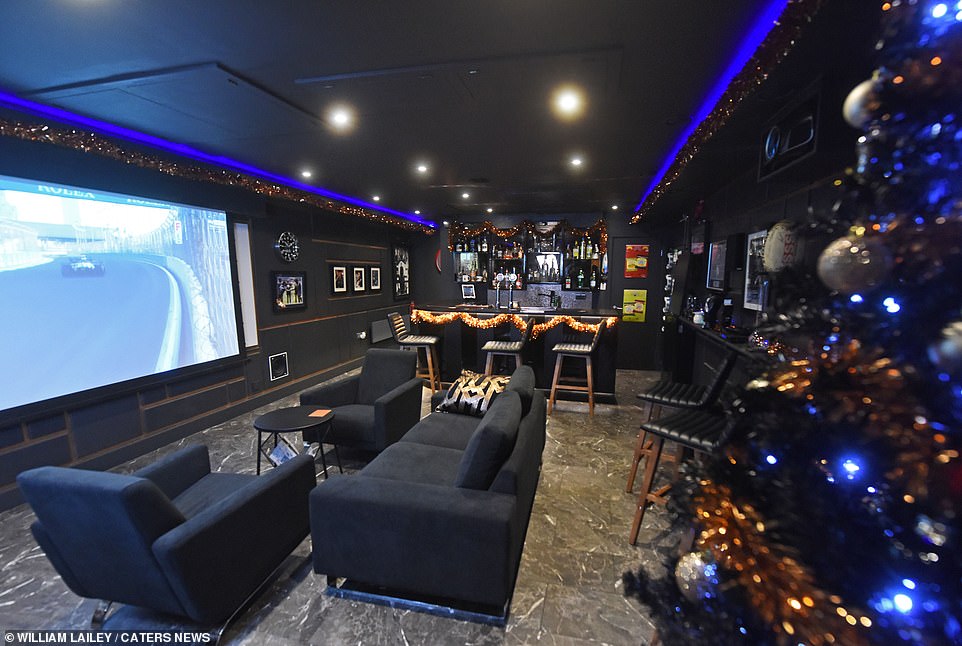 The underground bar is adorned with memorabilia from Star Wars, Batman, football and James Bond 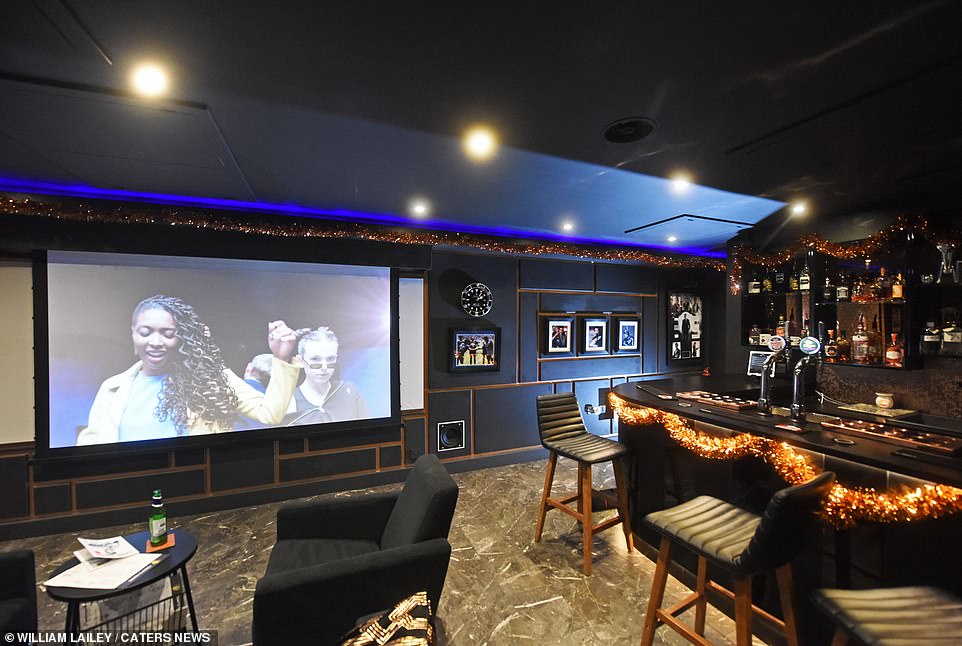 According to Jody, the benefits of being underground are manifold: it’s cool in the summer, retains heat in the winter, and deadens the party noise. 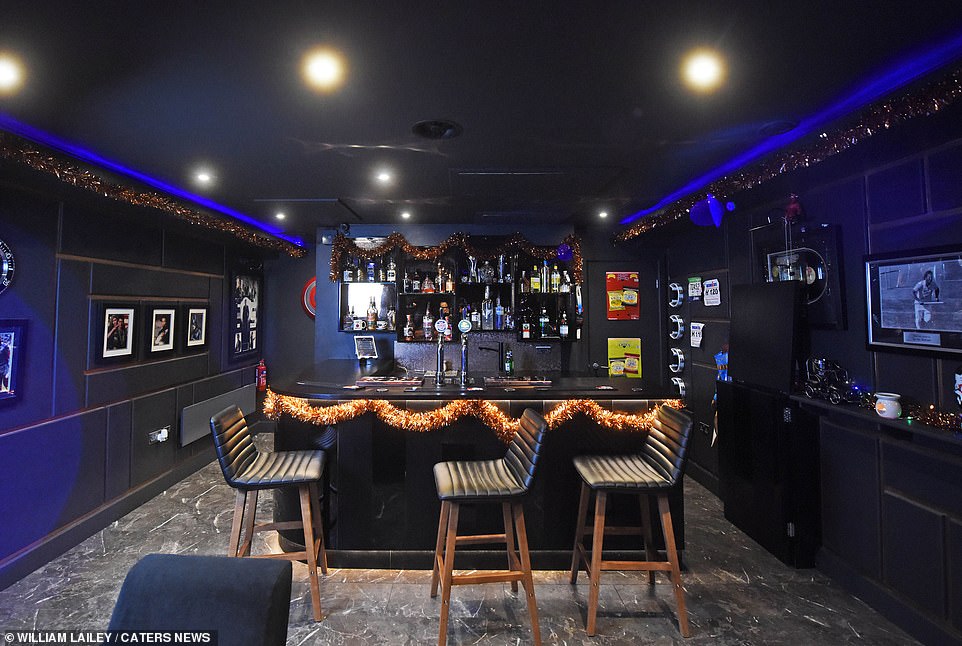 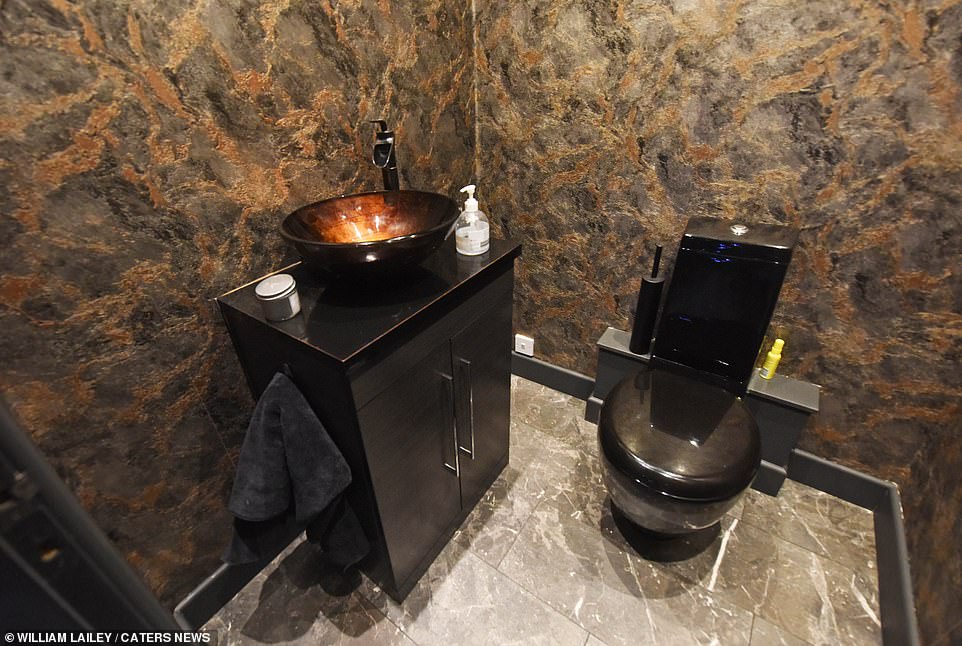 The bar even comes with a bathroom, making it totally unnecessary to leave – even when nature calls.

“It’s something off the beaten path and also has the wow factor because it’s not something you see all the time.

“After initially joking with the builder I wanted an underground bar, a week later they started digging the hole in the ground.

“My favorite thing about the bar is that no one knows he’s there. There is a shed above so it is well disguised.

“The structure was completed in around six weeks and we spent around £20,000 on materials for the bunker. 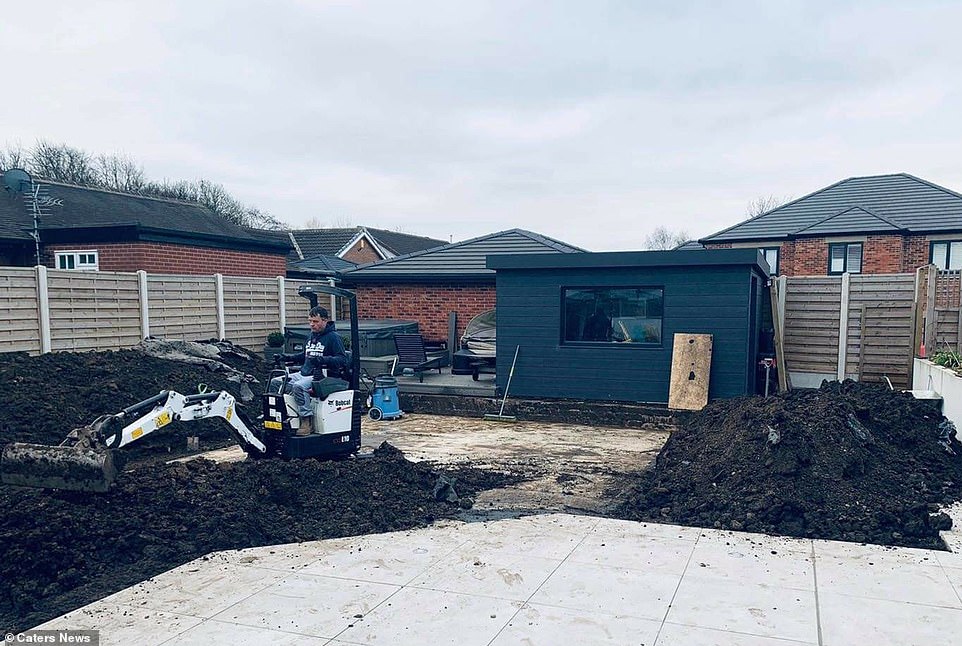 Jody had a big hole dug in her backyard in 2017, citing Batman’s Batcave as her inspiration 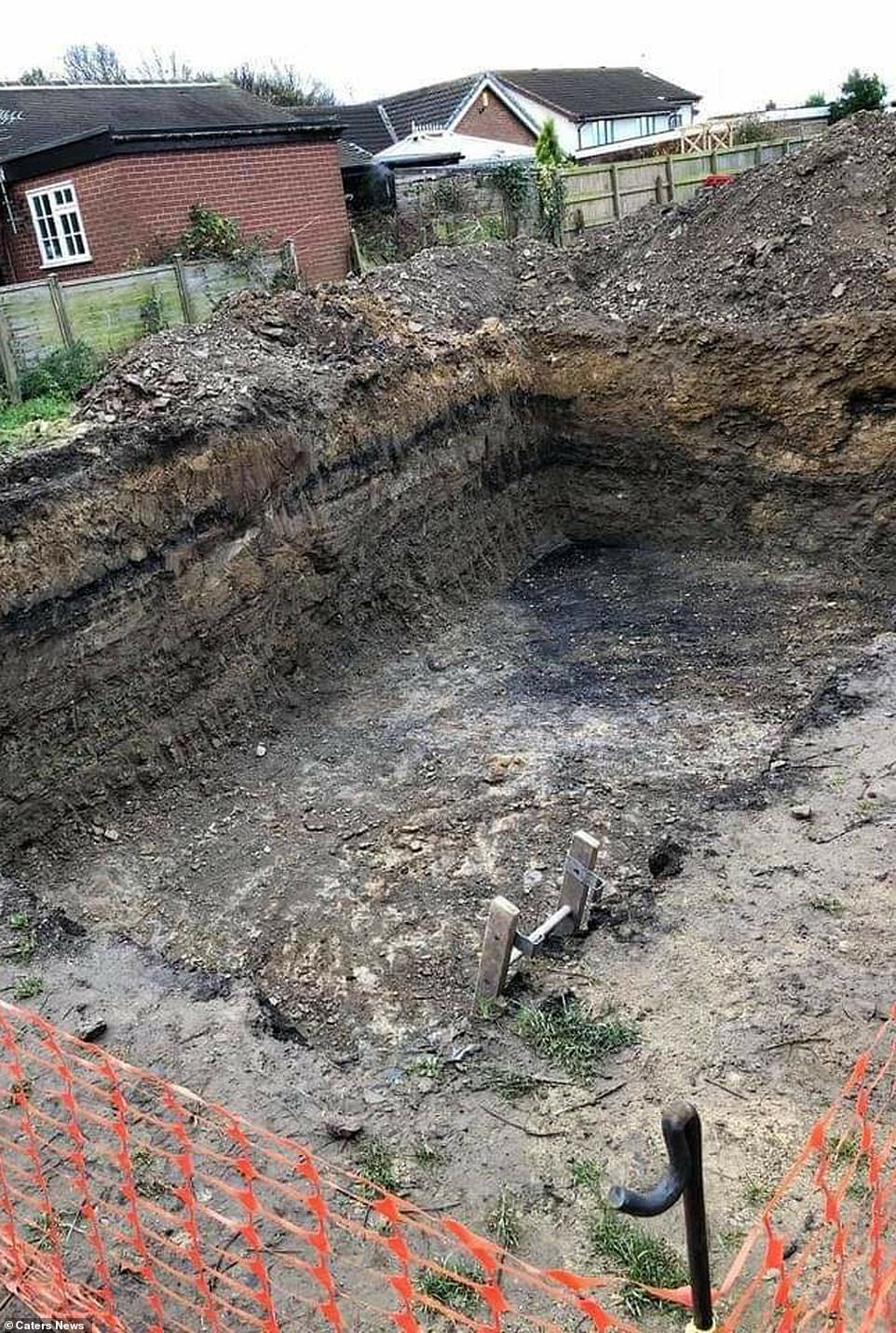 About 700 tons of soil came out of the hole, according to Jody 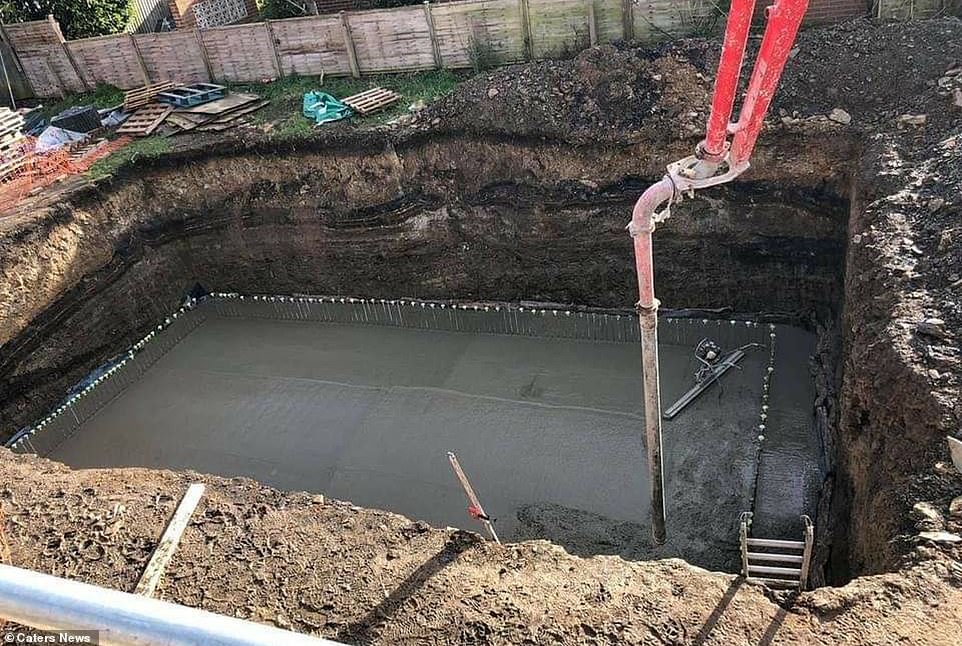 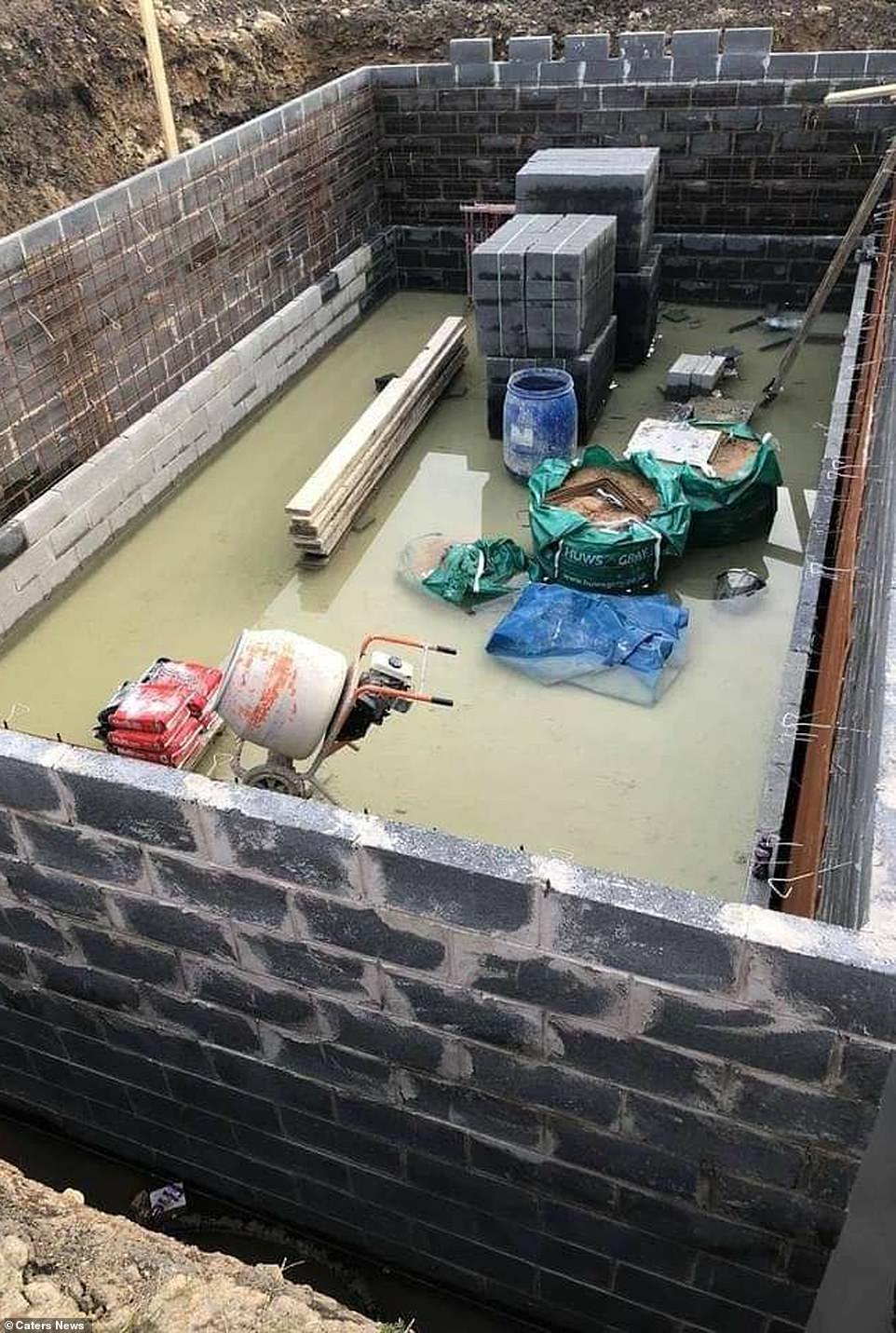 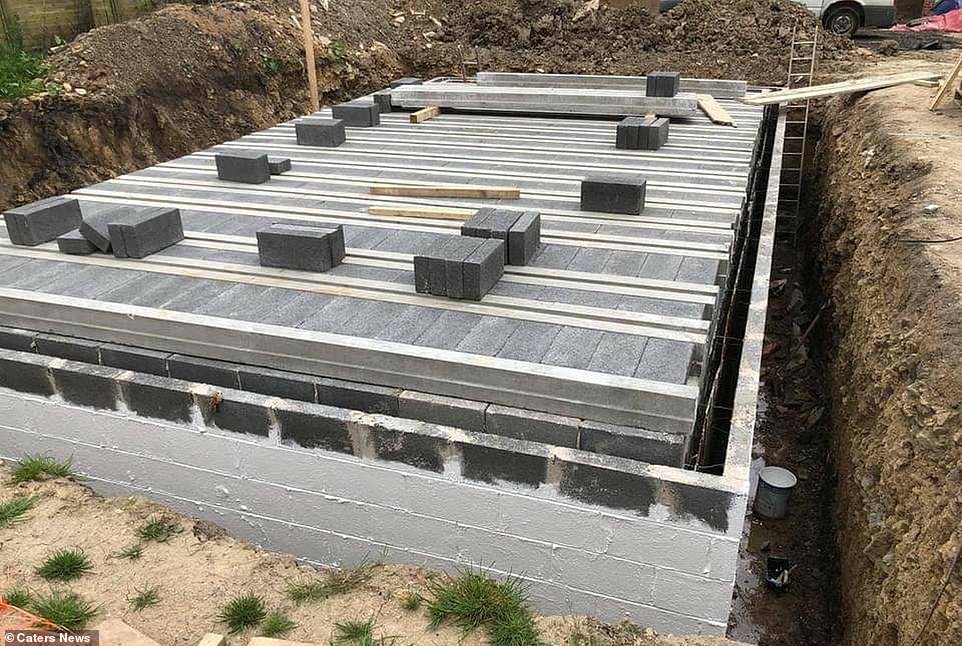 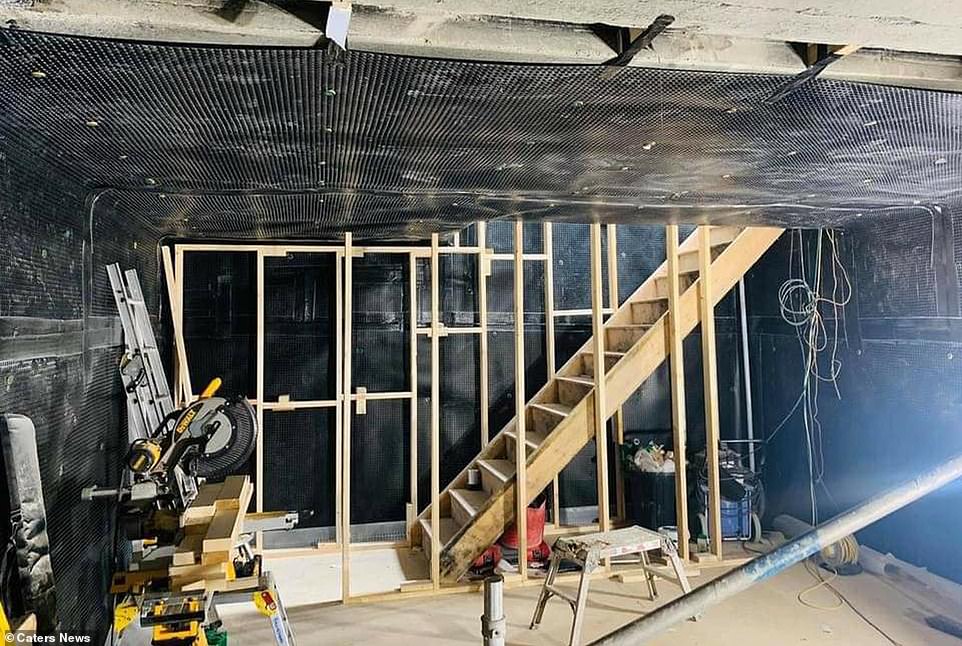 To manage the problem of water infiltration, Jody uses a system of drainage channels under the ground 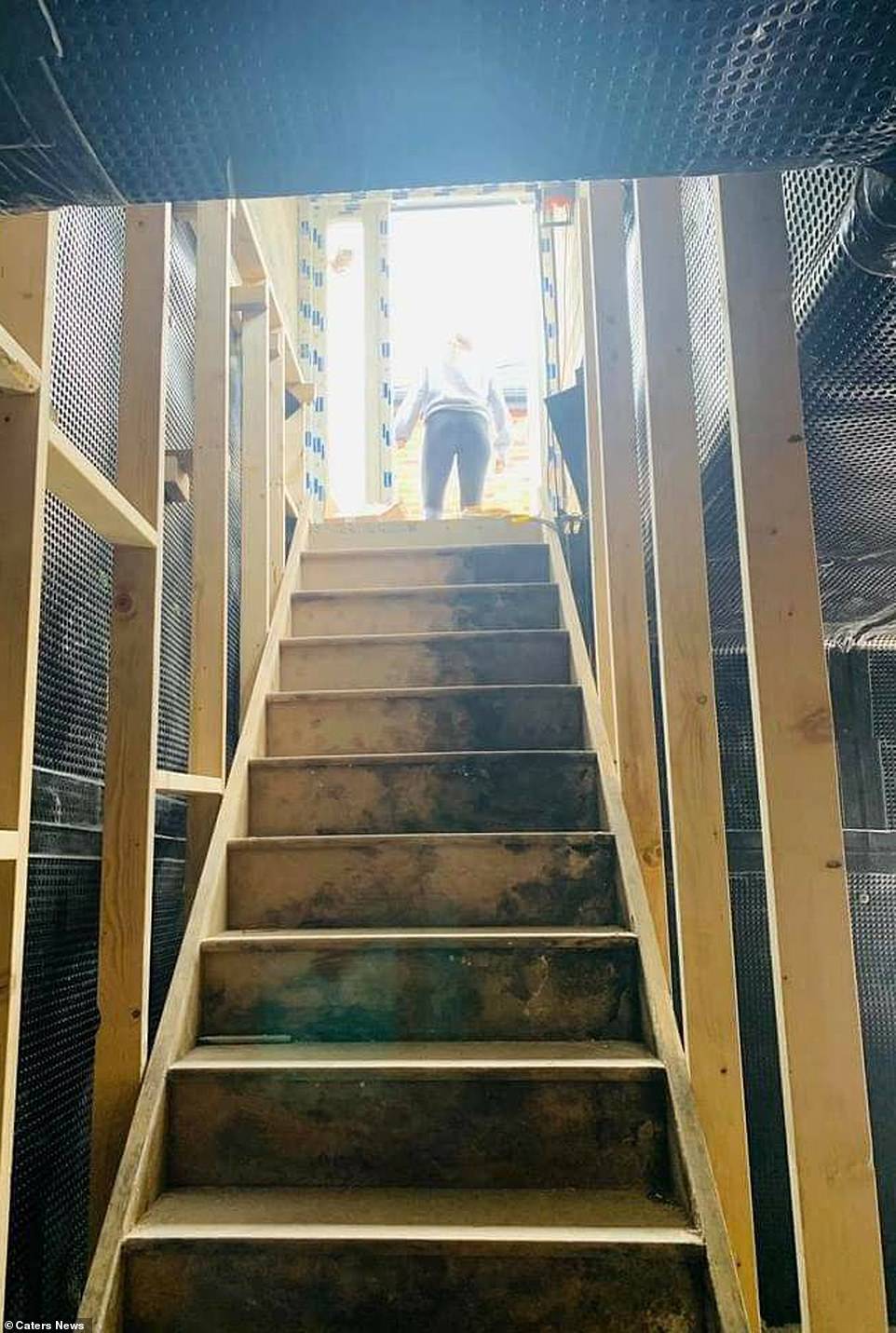 Jody described laying out the stairs as a “watershed moment” because it meant he could finally start accessing the space to knock down more materials and finish it off. 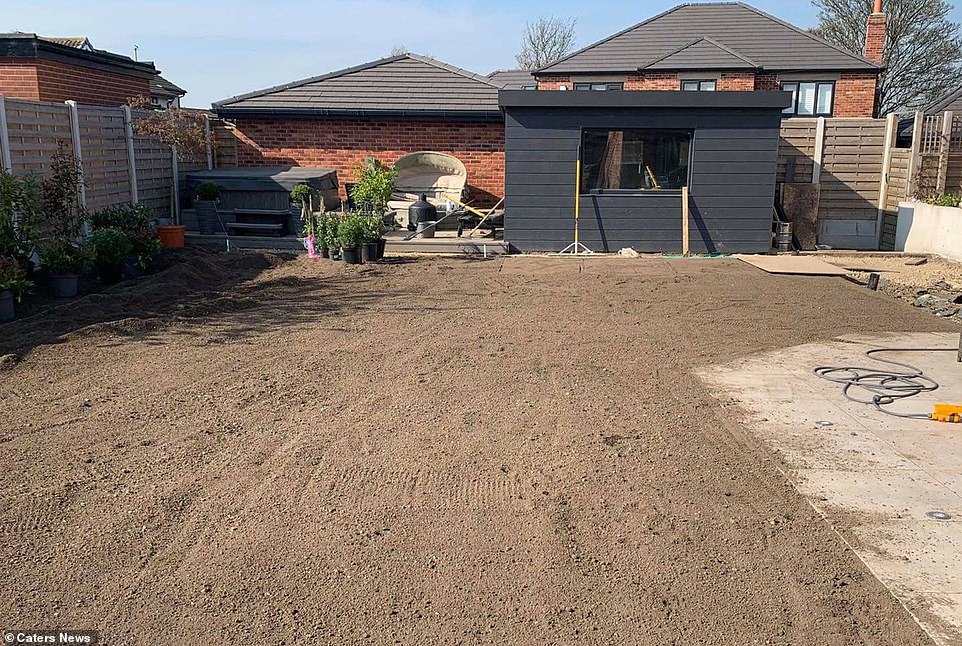 After completing the structure, Jody covered it with dirt, hiding it from view 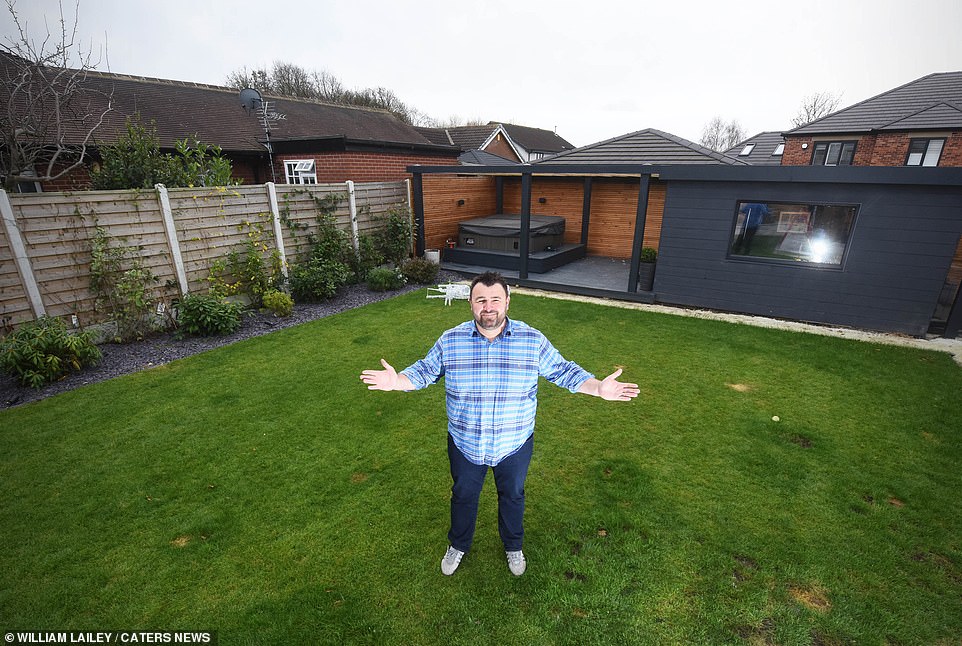 A reseeded lawn looks smooth under Jody’s feet, covering the top of the bunker

“One of the biggest challenges in the build was keeping the water out and waterproofing the top of the bunker.

The bunker’s secret bar doubles as a movie theater where Jody and her family also enjoy watching movies on the big-screen TV they set up.

There is also a screen that drops from the ceiling that Jody uses to watch sports.

He said: “The bar has been a godsend during the many lockdowns. It was great to have a beautiful space that we could enjoy and enjoy as a family.

“My kids love the bar. They are always there to party with their friends or watch movies.

“My wife enjoys it too, although I’m not sure she appreciates how often I’m there to watch football.

“When we have people, they are blown away by the bunker when they see it. It’s not everyday you walk into a speakeasy. 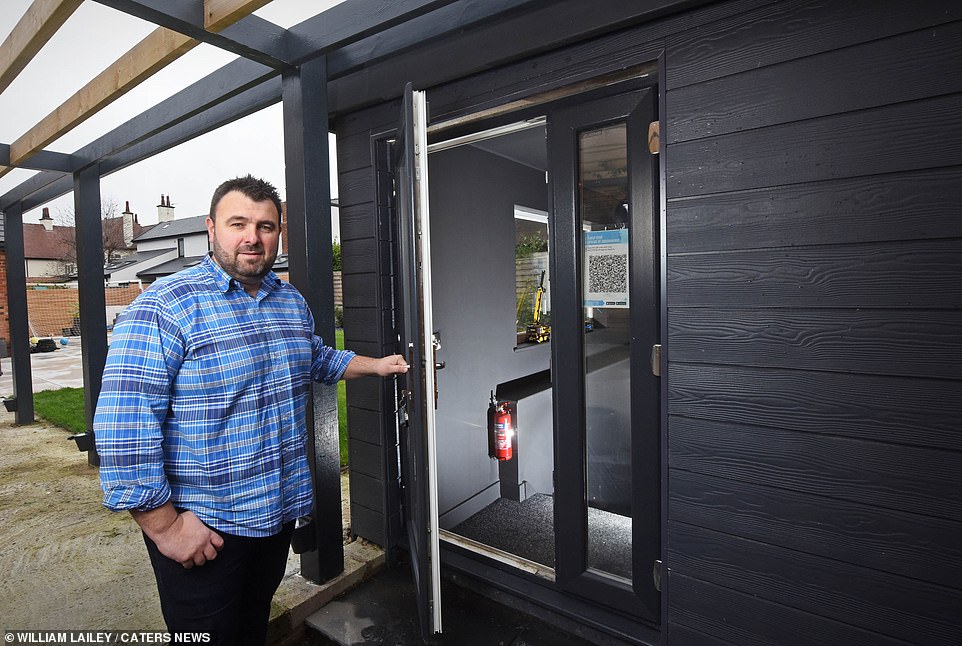 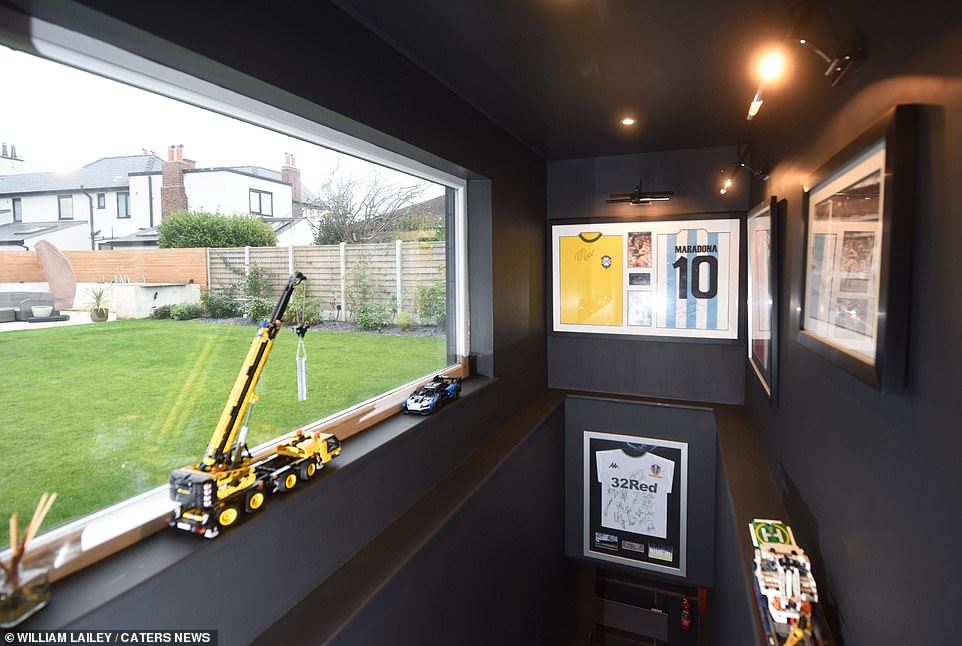 Football memorabilia, including a framed Diego Maradona football shirt, can be seen at the entrance to the bunker bar 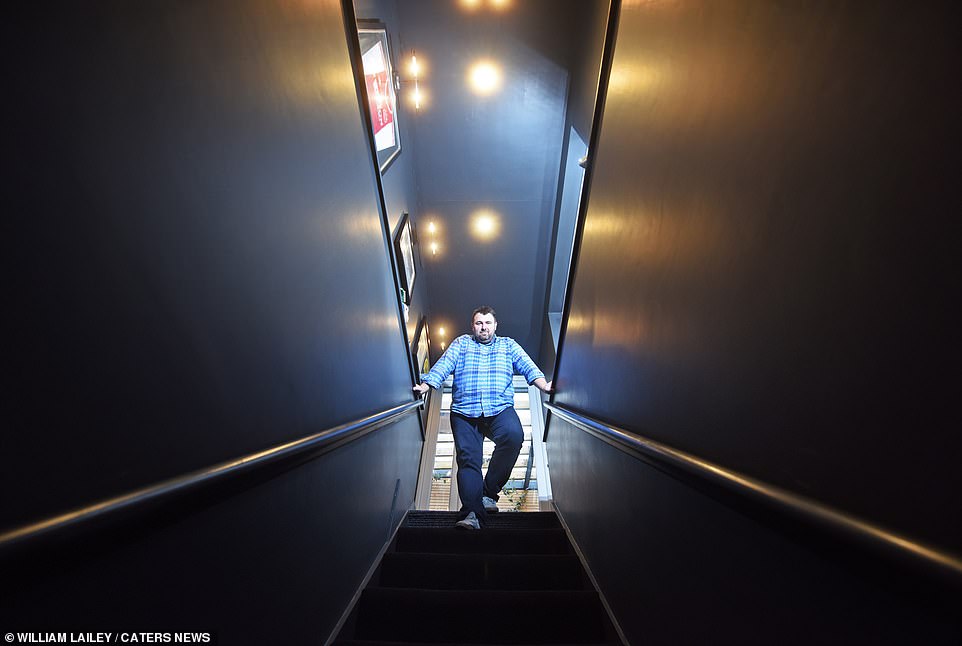 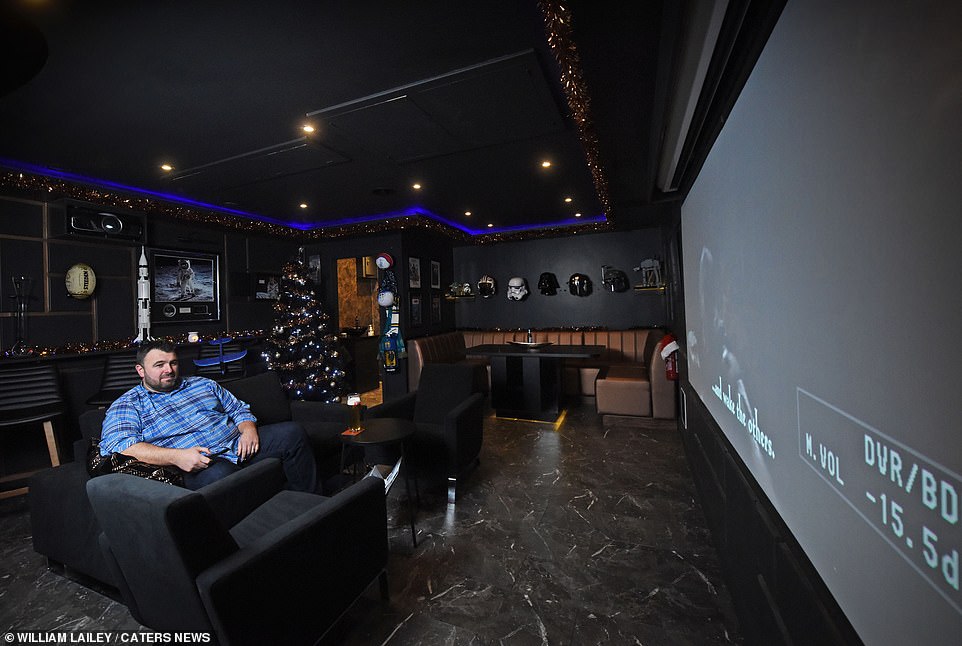 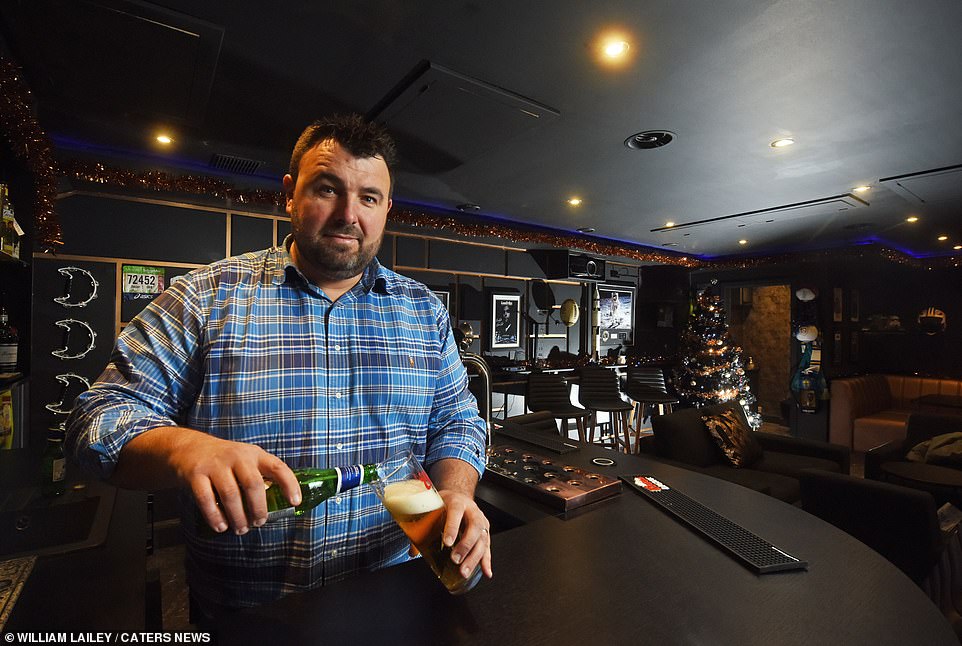 Fancy a beer? The underground hideout has been a perfect distraction from the misery of the coronavirus lockdown, which has forced pubs to close for months. 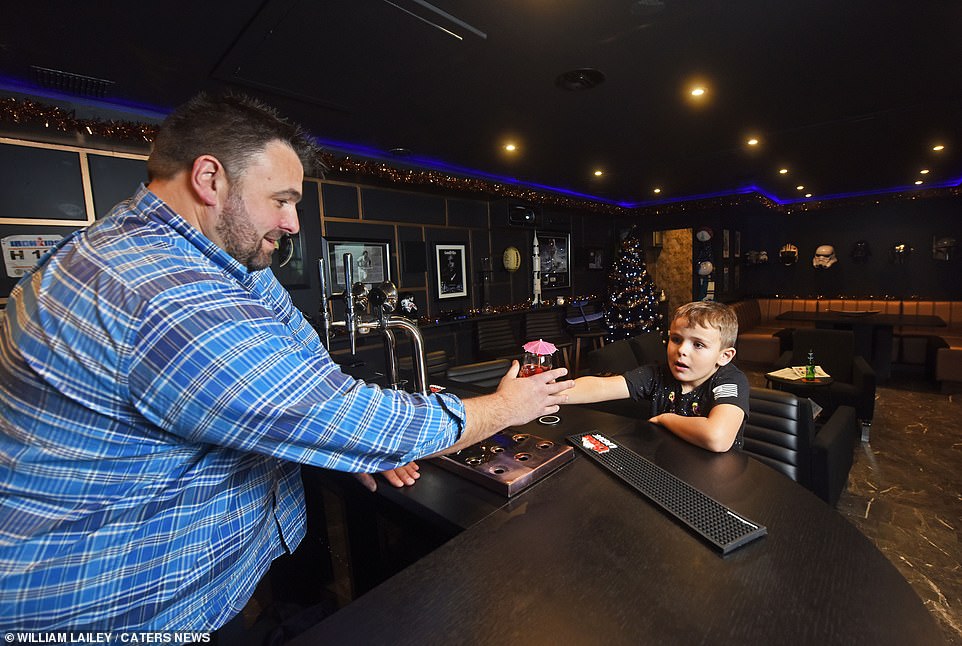 The bar was built using 18mm MDF sheets by a workman, and Jody says he ‘loves it in pieces’ 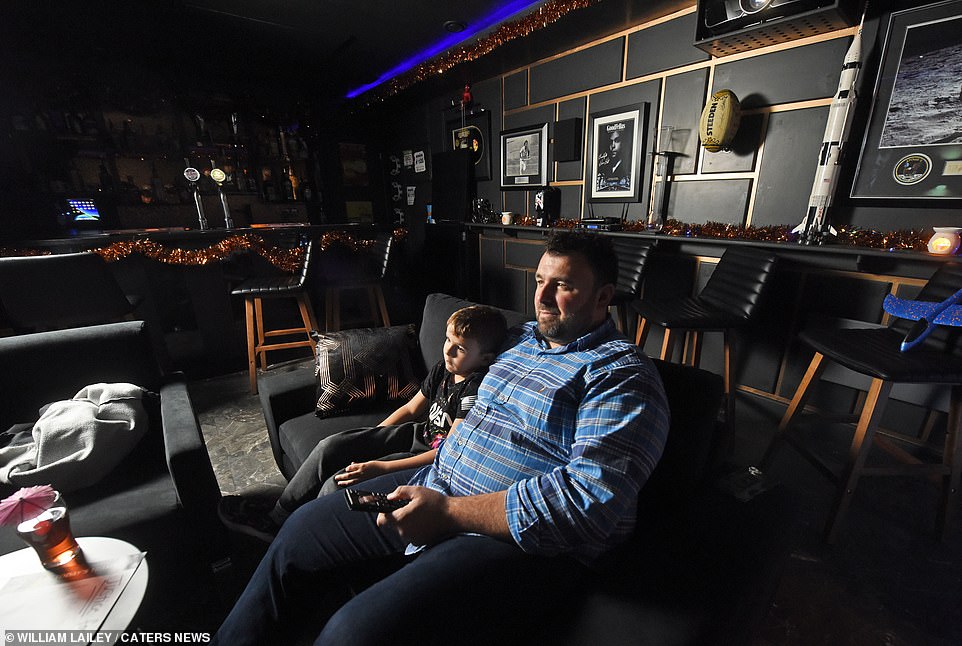 Jody said the ‘dark theme’, which he cultivated with black furniture and surfaces, is to invoke comparisons to the Batcave on which the idea was modeled. 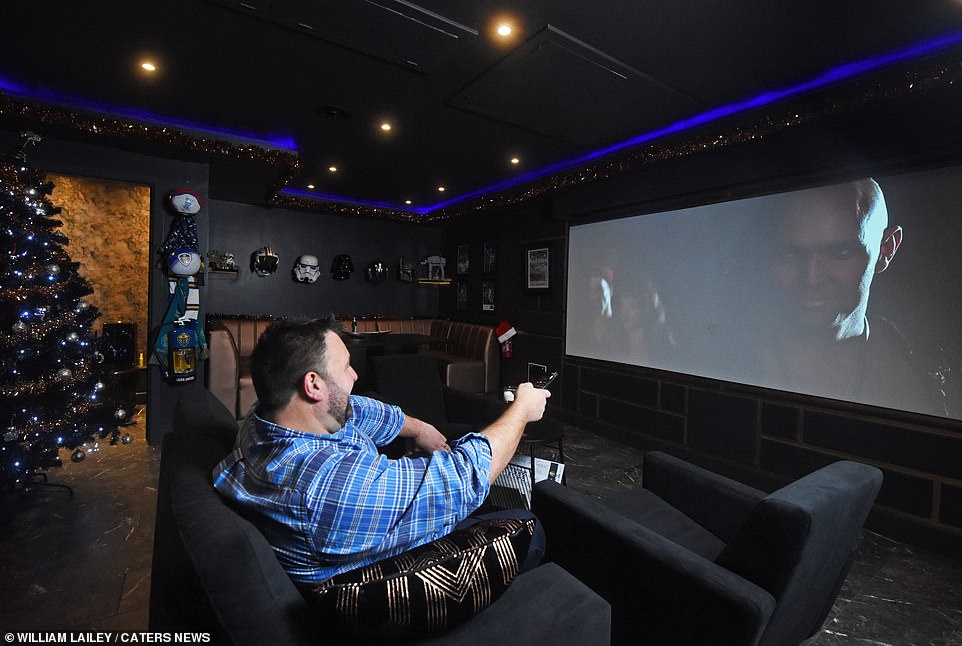 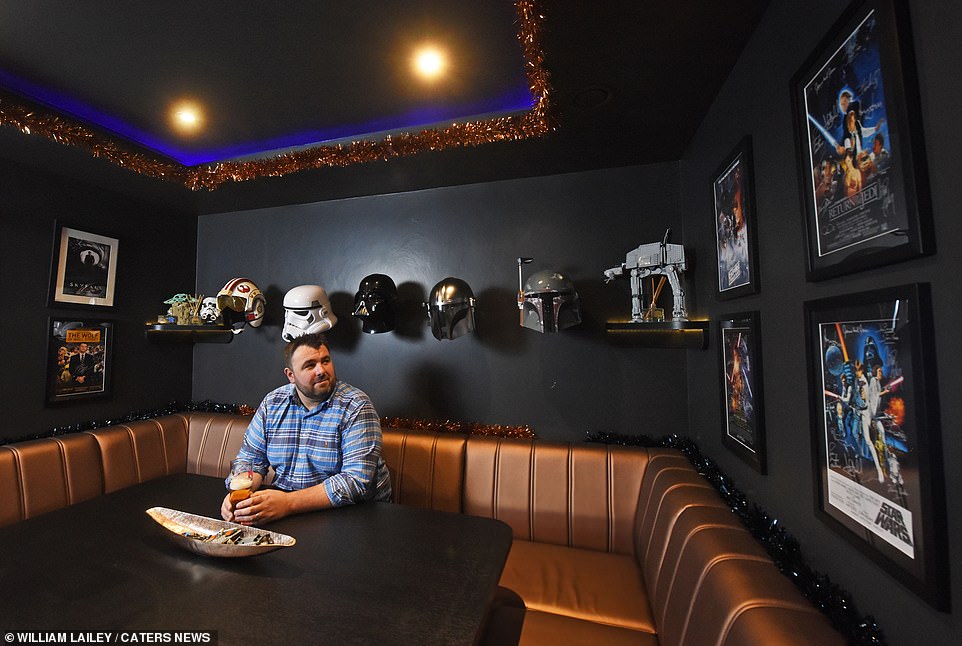 “The bar consists of a seating area in the corner, a bar at one end of the room with draft beer and cider. There are also a few sofas and a table in the middle.

“It’s quite glamorously decorated and I also have some sports memorabilia on display.”

“It’s great for us when we have friends over because you can put the music louder because people can’t hear it because we’re underground.”

“So we can’t disturb the neighbors, which is always a plus.”